Clean Code – Need of The Hour?

If you open your computer to start on something new and find that you still have dozens of windows and documents open from the thing you were working on yesterday, that will slow you down.

Just like if you go to the kitchen to make dinner and find that the kitchen is clogged up with old dishes and leftovers from yesterday- What a perfect analogy used by Henrik Kniberg for a messy code in his
blog.

Programmers & managers usually forget that poor quality code leads to higher maintenance cost. In the book “Clean Code, A Handbook of Agile Software Craftsmanship”, Robert Martin says, in software, 80% or more of what we do is strangely called “maintenance”: the act of repair. Out of this 80% of maintenance, some 40% to 60% is devoted to understanding the software to be modified, as is noted in the Guide to the Software Engineering Body of Knowledge. So just imagine, by writing clean code you can save around 40-60% of your maintenance cost.

Not writing clean code produces code smells which eventually becomes Technical Debt for your project. You may be able to release the product early but the technical debt will force you to pay the interest later in terms of maintenance. What will you prefer? To pay principal upfront by refactoring your code into clean code or paying huge maintenance cost?

Apart from maintenance cost there are many other side effects of bad code, like

Clean code is not easy to write, initially it will take some efforts to write it. The best way is to write bad code first supported by good set of tests, identify the code smells and then refactor to solve the code smells. When you have a good set of tests, it is really easy to refactor your code. As a programmer, it is really important to know whether my code is clean or bad. So best way to find the bad code is to look for code smells. Code smells indicate that something may be wrong with your code. You can find out different code smells at Click here now

I hope, I have you all with me now and I am able to sell you the importance of Clean Code. So let’s try to understand what is Clean Code? It is the art of writing code which is easily readable, understandable & modifiable by other developers. In short, clean code is writing code for humans.

Here is a very interesting quote by Martin Fowler:

“Any fool can write code that a computer can understand.

Clean Code also builds trust among team members as all can understand each other’s code. This in turn builds a strong team.

Strong Team has always been the most important feature of any industry. In fact, the success of any business directly hinges on the interdependence of its team members. Clean Code practices are really helpful and must be followed by the entire team. Some programmers might not follow these practices because of multiple reasons, like laziness, ignorance, lack of knowledge, strict deadlines etc. But as a Manager, you will have to ensure that your team follows these practices. Here are some of the techniques that will help your team follow clean code.

What about certain situations where you need to quickly deliver something. Well to answer these, let me quote Joel Helbing, from his blog “What’s So Wrong with Quick and Dirty Code?”. He says:

There are multiple practices for achieving clean code and improve the code quality. Each practice is a separate topic of discussion which we will be discussing in upcoming blog. Below is the list of clean code practices for your reference.

Remember, writing clean code is not easy, it only comes through practice. But as Joel Helbling says, “So what do you do if you’re new to software development, and clean code doesn’t come naturally? It seems clear to me that until we know enough to take the time to tie our shoes, we are not ready for the Big Time.”

So what are your thoughts on clean code? Do share your feedback below. 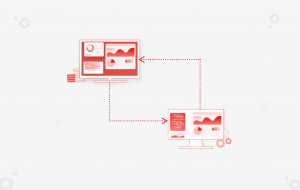 Why Migrate from One ETL to Another ETL in 2021 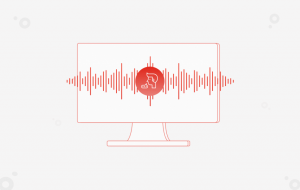 Power to the Users – Self-Service BI and Dashboards

We are Great Place to Work® certified!